I personally love spring in Japan. The temperature starts to get warmer, everyone is a lot more lively and the beautiful cherry blossoms begin to appear. Back in the UK, I didn’t really feel excited when spring came, I just knew that I would be getting some chocolate easter eggs and my brothers would be home from school. In Japan, it feels very different. Mainly because you can see it in the nature with the blooming of the sakura blossoms and other flowers.

university students getting wasted just before they start their careers.

Spring officially starts with the national holiday Shunbun no Hi (春分の日) or better known as the March Equinox day. Scientifically speaking, this is the time when the Sun leaves the southern hemisphere and crosses the equator. In other words, in the northern hemisphere starts to get warmer whereas the southern hemisphere starts to get colder. Not only does the weather start to change, but so does the school year. In Japan, the school year starts in the beginning of April. Just before then, it tends to get pretty crowded with the influx of students. Especially in the izakayas, with all the newly graduated university students getting wasted just before they start their careers. 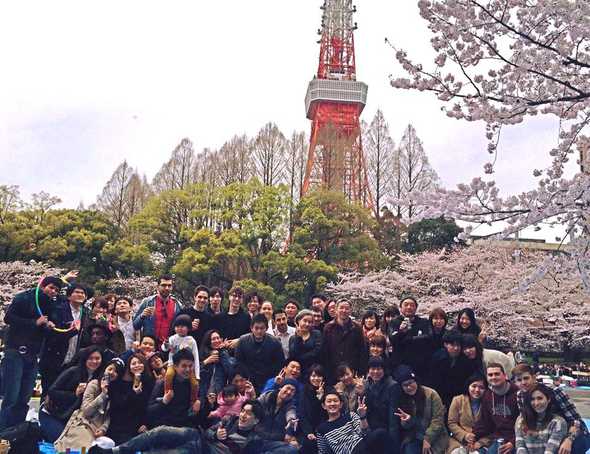 One of the more renowned symbols of Spring in Japan would be sakura (桜) or the cherry blossom. This flower comes from the class of tree known as the Prunus. In Japan, when this flower blooms usually light pink flowers appear and it gets very crowded in parks where people are having picnics and drinking under these beautiful trees. These picnics are known as Hanami (花見) and has been dated back to the 8th century where it was something just for the elite. In this day and age there are many picnics under the sakura throughout Japan where many Japanese are drinking heavily from morning until evening. The one I went to started at 11 and finished at around 6, so you can imagine how much sake I must have drank.

Very similar to sleeping in a coffin with electricity

During spring, for a brief period I had to stay in a capsule hotel for a week. Long story short, the lease on my apartment ran out and I was still in the process of looking for a new place. What an interesting experience it was. For those who don’t what a capsule hotel is, it’s simply a hotel with really tiny rooms. My room just contained a bed, television and a couple of sockets. Very similar to sleeping in a coffin with electricity. The reason for the tiny rooms is so that people who stay can save on cost and only concerned about having a place to sleep. Since there are a lot less facilities than a normal hotel room, the cost of staying overnight is quite cheap. I stayed in Shounan Capsule Hotel in Fujisawa for 3800 yen (£24) a night. This was the price of the deluxe capsule room so there are cheaper rooms. 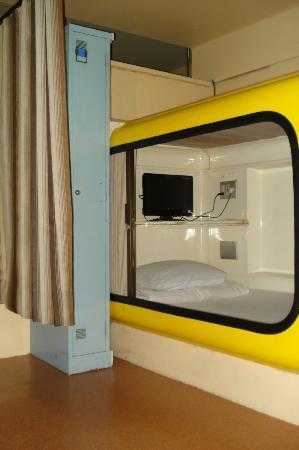 For the toilet and bathroom, those are all shared and although it was clean but it did have the odour of men throughout the hotel. I think what was really interesting was the people it stayed there. They were all Japanese middle aged or senior men. It seemed like some of them were going to work right after there woke up and I never really saw anyone who was a tourist which made me think most people were either staying there because they were homeless at the time like me. Would I stay in one again? Probably no. I don’t mind cheap accommodation but there is something a bit off about sleeping in a box like that.

I hope everyone is enjoying Spring. Next time I want to talk about the process of renting a place in Japan. Thank you for reading!